The Wizard of Oz professor was made by Serendipity. Not just coincidence, but scary coincidence that tells you it wasn’t a mistake at all, but some kind of cosmic fate.

Acclaimed actor, Frank Morgan, was cast as the Wizard in the Wizard of Oz. Fewer people that Frank also played the palace guard, the gatekeeper, the carriage driver and…the professor. Sometimes bill as Professor Marvel. 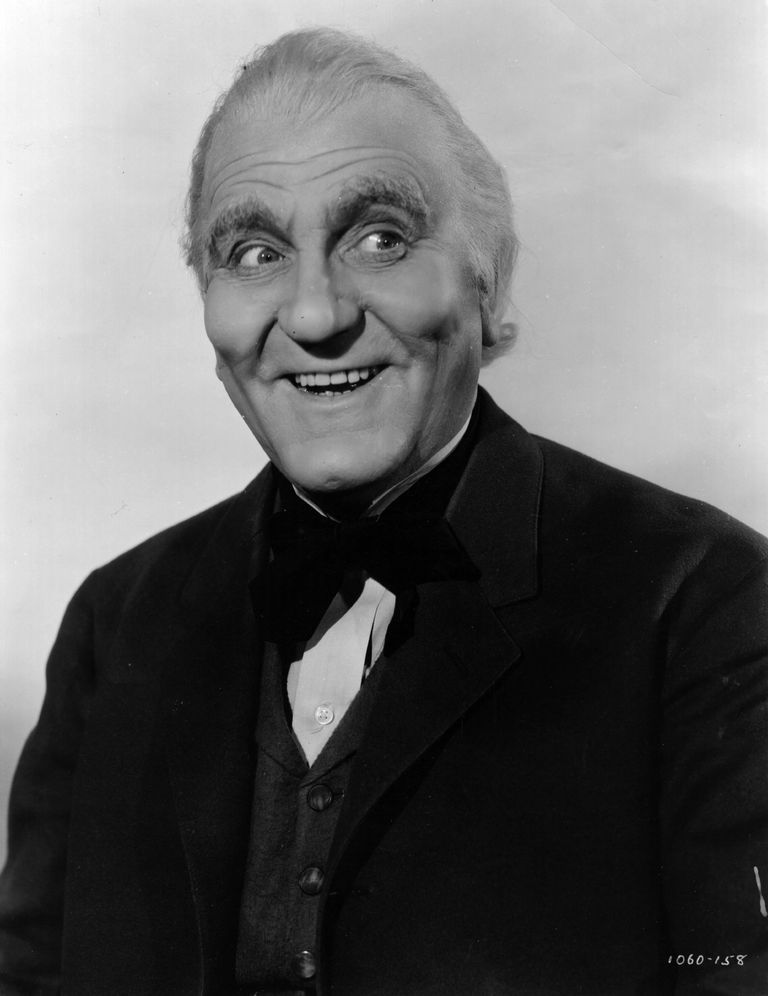 This last character that confused Morgan–because there was little written about him at all.

Who Was the Wizard of Oz Professor?

L. Frank Baum wrote a wonderful book. Frank understood the Wizard of Oz, gatekeeper, and the carriage fully. But the professor: who was he?

The Wonderful Wizard of Oz contained very little information about him. There were no clues as to what sort of man he was. Was he a heavy drinker? If so, Frank might inject some winces and twitches or tell the make-up girl to give him a drink. But there wasn’t anything like that in the book or the screenplay. Maybe the professor was a former athlete—now Frank was no athlete, but in the few short scenes he was on screen as the professor he could throw in some long strides–but there wasn’t even a description of the professor’s wardrobe in the book! 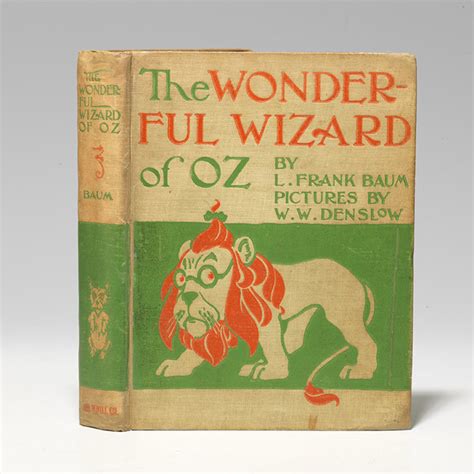 Maybe the professor wore a big fur coat. Or, maybe went around all day in his shirtsleeves and suspenders. Why didn’t L. Frank Baum describe the professor more acutely? It’s the only character he did not, as if we were just supposed to know how he moved, what he looked like, what he wore.

It’s as if Frank Baum did it on purpose, just to make an actor’s job harder. 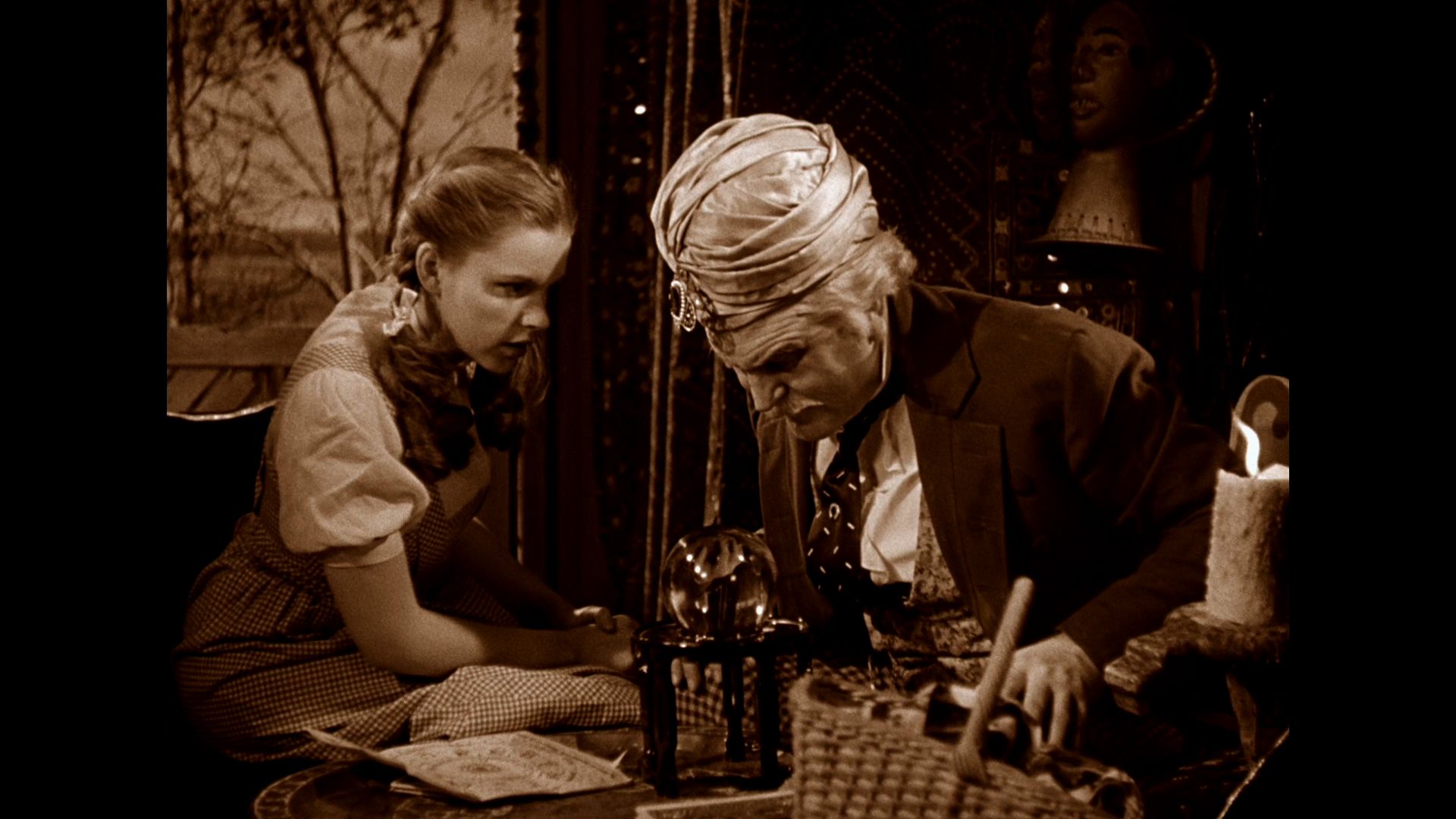 The day of the shoot came and actor Frank Morgan was no closer to understanding the professor, he went into panic-mode. Everybody—the director, this young lady named Judy whom he was to act opposite–expected to see the professor. Not sloppy old Frank Morgan.

Frank Morgan might screw up the role of a lifetime.

Frank wore the patience of the wardrobe lady thin. He looked at rack after rack of clothing. None of them spoke to him. He made her bring out every rack of men’s clothing she had—he was desperate. Nothing was the professor!
Then the wardrobe lady told Frank he was needed on set. “Now or never, Frank! Pick something!” She never had an an issue with an actor like this, and she didn’t mind saying it. And she wanted to get all of her wardrobe racks back in storage.
“Do you have anything else??” he asked, worry on his face.

“There’s a rack of things we’re going to throw out tomorrow,” she said.

“They want you on the set Mr. Morgan.”

“Please, let me see it!” he pleaded

She called her best girl, the poor assistant who dragged forty racks out of storage, across the studio lot so this man could ‘feel’ whatever it was he wanted to ‘feel’.

“The trash rack!” she complained “I have get one of the boys to help me it’s twice as long as these.”

“Frank Morgan to first position please!” came the call over the loudspeaker.

Frank grabbed the young woman by the arm, “Take me to it, quick!” Then Frank shot back to the  wardrobe department, “Tell them I’m still in make-up.”

He made the girl run to the storage house, luckily only two minutes by jog from the sound studoi. They barged in and the men’s section was empty. One very long rack stood there to be tossed to the curb the very next day.

“Knock yourself out,” she says and stands by the door, arms folded in irritation, as he leafs one-at-a-time through the coats and jackets.

Frank stopped mid- sentence and retrieved a tailcoat, so old fashioned the last time Frank last saw one worn was by his grandfather. It was an elegant coat that saw better days, he saw why it was ready to be tossed out. Frank smiled broadly.

“Yes! This is what he would wear! This is the professor!”

Elated at his luck, Frank ran back to the sound stage, put on the tailcoat, and did five takes still out of breath. Nobody seemed to notice.

While Acting as the Wizard of Oz Professor, A Shocking Coincidence?

But that wool coat was hot. With all the studio lights on him and the running, beads of sweat threatened to ruin his make-up. So he flapped the coat, asked for water and turned the pockets inside out.

And that’s when he noticed it. As the crew set up another shot, Frank noticed a tag in the pocket of the coat, he sipped his ice water and read it… 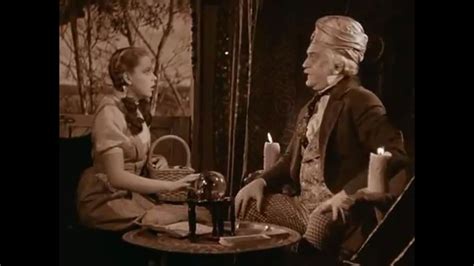 Of all the coats in all the world, Frank Morgan chose L. Frank Baum’s own tailcoat as exactly what the professor would wear. This coat had a date with the furnace?! The very next day?! But how—?! How could—?! Nobody checked?!

Frank Morgan rested himself, amazed. That’s why there’s no description of the professor, the professor was—would anyone believe him when he told them?

Could he keep it, the coat? It was due for the heap, after all. Frank was not a fate-minded man, but he knew something else was at play here, he didn’t know what, but it wasn’t coincidence…it was something more profound…it was…

Serendipity. And it happens a lot…even in Hollywood.

What to read next?

Ketchup vs Krispy Kreme Donut: does ketchup have more sugar?